Y'all. I have some SUPER exciting news to share with you today. Ready for it? 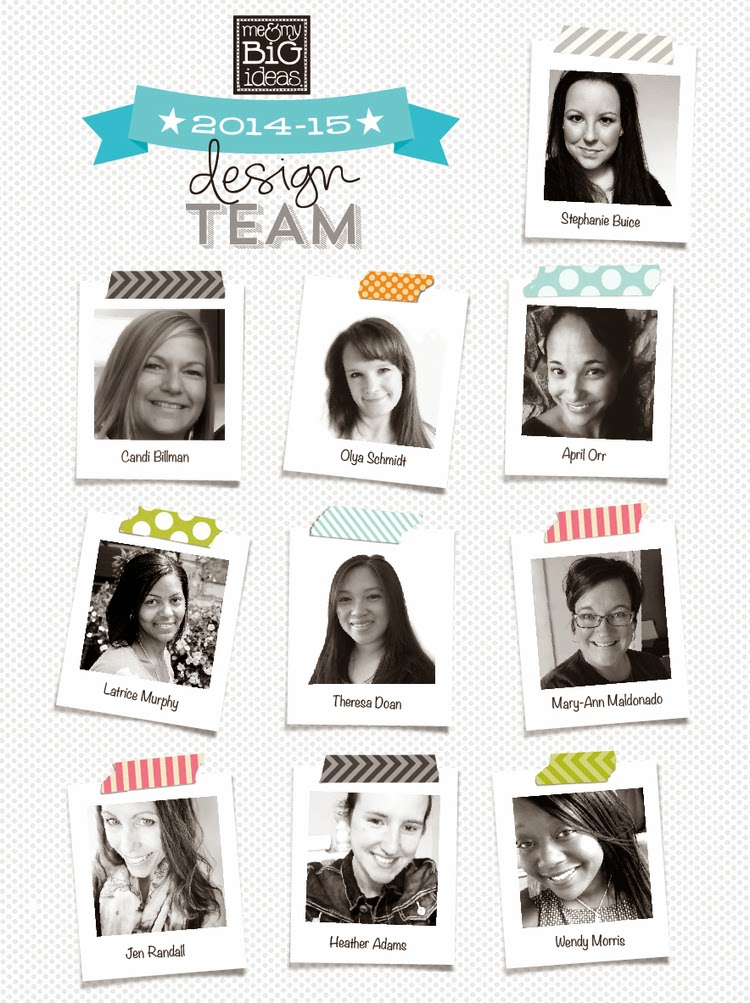 I made the me & my BIG ideas design team! Yayayayayay! I was honestly shocked when I received the wonderful email last Monday. It was a bit crazy because I had just taken a Math test where I TOTALLY blanked out on the test. I mean, I have never done that on a test. Ever. The test was on graphing some different equations and you had to find the vertex of the graph before doing anything else. And I had forgotten how to determine the vertex. There's one way you use certain numbers of the problem. Then there's other problems that it's the opposite number of what's in the problem, depending on where the numbers are placed. I was FREAKING OUT. It was a mix of oh-my-goodness-I'm-gonna-fail-this-math-test and think-brain-think feelings. But then I made myself a simplified problem to show myself how to do a simple problem (thanks, Mr. Arnold in my high school Pre-Cal class!) and then I was able to go back and do the problems correctly. And I ended up making a 95 on the test! Wa-hoo!

But I said all that to say, it was right after I had taken that test and was feeling so unsure of myself (I didn't know my grade yet) when I checked my Instagram and saw that MAMBI had started following me. I was like, "Does this mean…" So I checked my email and there it was! My invitation to be on their team! Talk about a roller coaster of emotions in just a few hours. I was still unsure of my math test grade, but I was also on cloud 9 because I had just made the team! It's been a while since I've been on a manufacturer design team and I feel so honored to have been chosen out of all the numerous applicants the MAMBI team had.

You can check out the official announcement HERE.

I look forward to sharing some AWESOME me & my BIG ideas projects very soon!

-Heather
Posted by Heather Doolittle at 9:16 AM

Big Congrats Heather and very well deserved! Can't wait to see what you create for MAMBI! And congrats on you Math test, too!! 😄

Congratulations on making the design team for Mambi. You'll make them a good, creative member. And, that is exactly what I always did when I was stumped by a math problem. Glad you were taught that skill and that you did so well on the test.

Whoop whoop on making the team and acing that test!

Super exvciting!! My friend Latrice is on the team too!