I'm pretty excited to be doing Project Life again this year. I really missed doing it last year. Through the year, I longed to do some pocket pages. I LOVE the small space of each pocket and how it looks overall. I didn't do it last year simply because I thought I'd be repeating a lot of the "everyday" photos that I had had in the previous year.  Foodie pic. Selfie. Scrapbooking pic. Same 'ol, same 'ol. I regret not doing it though. I really would have loved seeing what happened through the year.

In 2013, I did half of the year in a 6x8 format and then the other half in 12x12. I decided I like the look of the smaller pages (easier to store and look through too!) over the big pages. I actually have a LOT of 12x12 Project Life page protectors left because I bought a big multi-pack, but I'm sure I'll use them for something. Maybe Project Life 2016.

I went with the black 6x8 Studio Calico handbooks this year. I bought two albums, but we will see if I fill those up and have to buy more!

I am doing things a bit differently this year. I am going to document as I go along, not worrying about having to fit one week per spread. Honestly, it's so much easier going with the flow of things. I thought making the weekly cards in 2013 would be fun and easy, but nada. That wasn't the case. I didn't like most of the weekly cards I made. They were the most stressful part of making the spread. Plus it took up a valuable pocket I could have been using for other things. 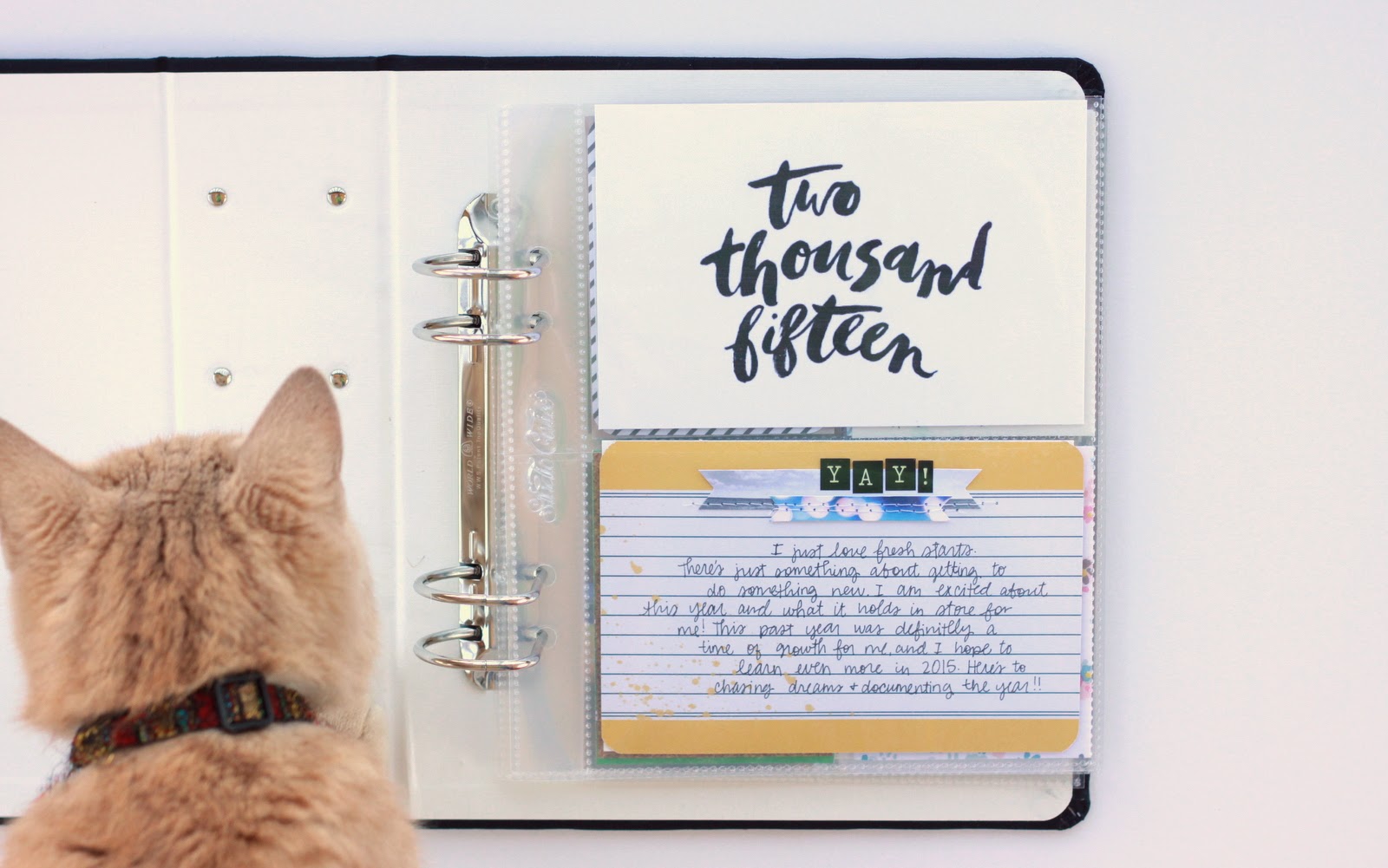 The top brush script card is a freebie from Cautiously Obsessed. I absolutely love hand lettering. I edited it in Photoshop before printing it out on our home printer. On the card below the two thousand fifteen lettering, I wrote a basic intro to the new year. Nothing super special.

Oh, and excuse my cat. He always loves snooping while I'm taking pictures of my projects on the deck. He will literally lay on my pages. Sometimes it's cute and sometimes it's annoying. ;)

I have already created several layouts in my PL album (see one in my previous post!), so stay tuned for those! Hopefully I'll get them posted soon.

Posted by Heather Doolittle at 6:35 PM