Today I'm sharing some pictures and details about the wedding ceremony. Enjoy! :)

Our wedding day went fabulously. Seriously. It was SO worried about the flow of everything and how it would all turn out. I asked Rhonda, my now sister-in-law, to be in charge of the ceremony and she did a fabulous job. Everything went so smoothly. 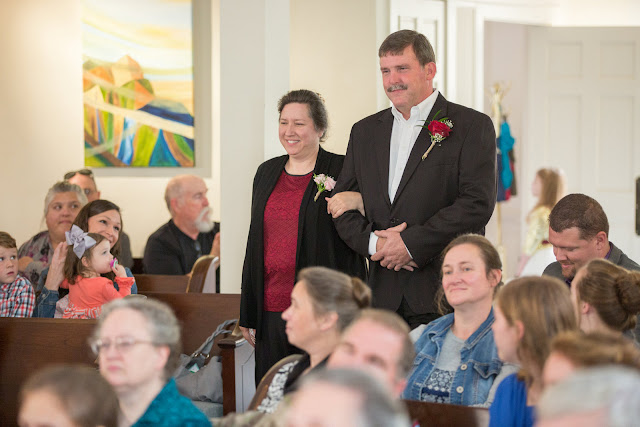 Dad walking me down the aisle. We were both so nervous that we would cry, so we tried not to look at each other too much. We both managed to avoid that during the ceremony (whew!). My dad's the sweetest. 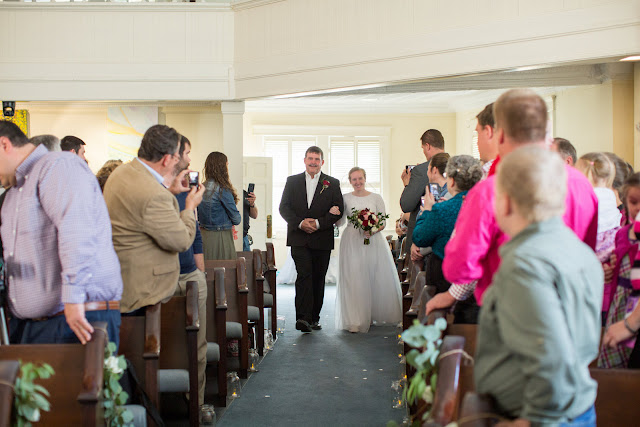 Wanna know someone who was crazy nervous? KEVIN! Afterwards he told me that he was afraid he was going to pass out because he was so nervous. :O Uhh.... glad I didn't know that till later because that would have made ME nervous! He loosened up a little bit once I got there and everyone wasn't just staring him down. He doesn't like being in front of people. ;)

My nervousness struck me the night before. When we were on our way home from rehearsal. I could have thrown up. Just thinking about it all and how I wanted everything to turn out "perfect" just made me nauseous. But I made it and on the wedding day, we were really just too busy for my nerves to take control of me (that goodness!).

I think this "first look" photo on the left is precious. And my "last look" if you want to call it that with my dad was so sweet. I couldn't think of him giving me away or I would have cried because I knew HE was about to cry! But we made it! 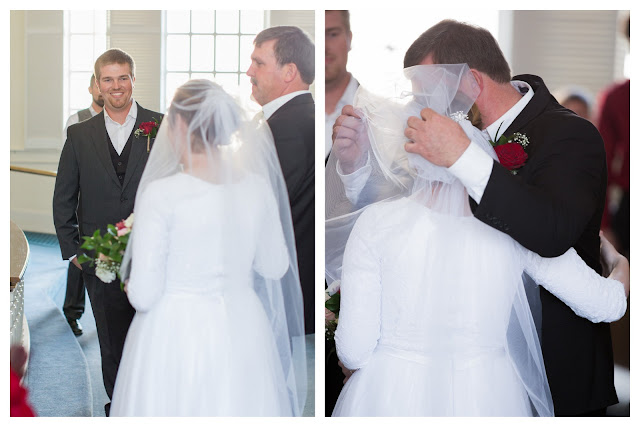 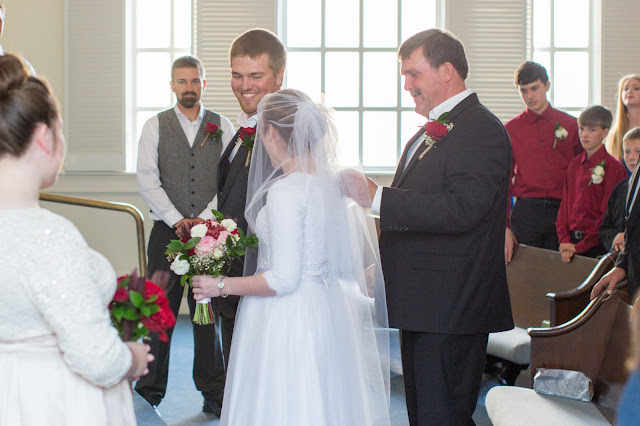 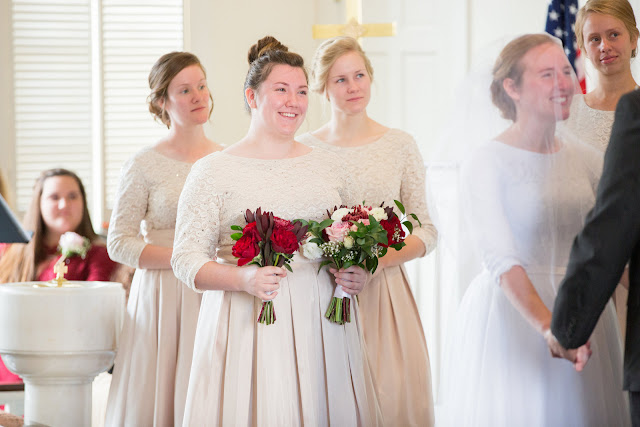 Kevin's cousin preached the ceremony. It was very comfortable, short, and sweet. He did a really good job on it, if you ask me. About 30 minutes later, we were husband and wife! 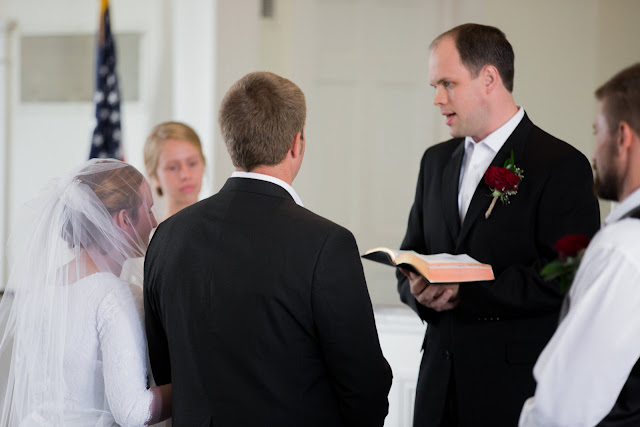 These next two photos are some my faves-- I love that the photographers captured both my mom and Kevin's dad recording our special moment. 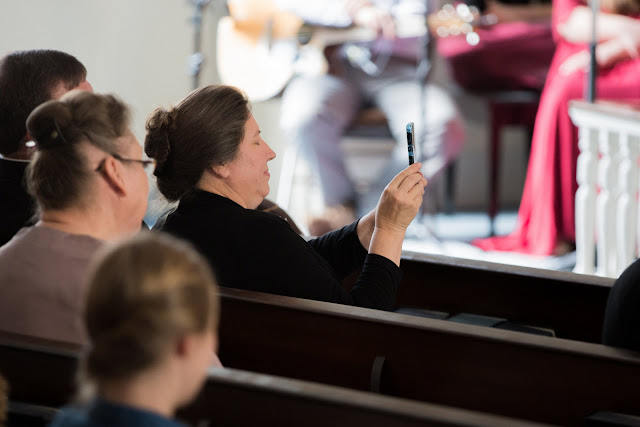 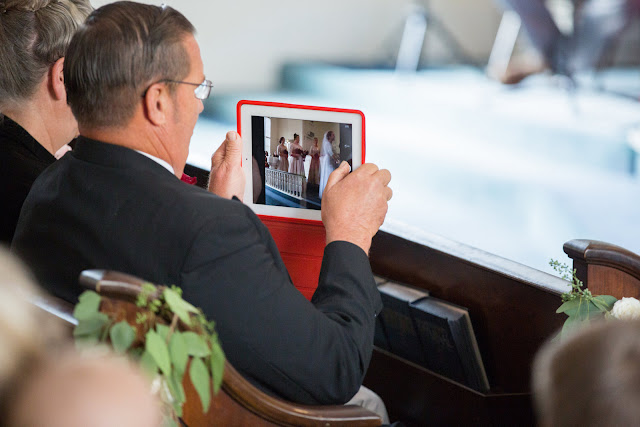 Look at Kevin's face! Awwwwww! And by the looks of Clint's, who knows what he just said! 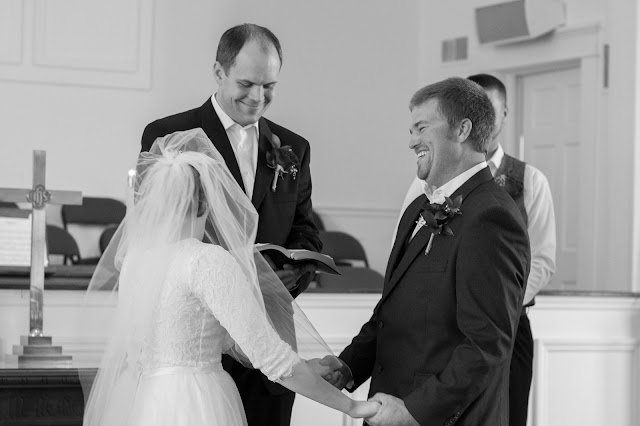 We did traditional vows AND personal vows during the ceremony. And during mine, I started crying. And crying. I tried hard to stop, but I couldn't. Granted, no I wasn't straight-out bawling, but MAN! I didn't want to cry!!! Kevin had told me that if I cried, that he would wipe my tears. So here, he's doing just that. :) I guess it just added to the effect because people told me afterwards that they started to tear up too! 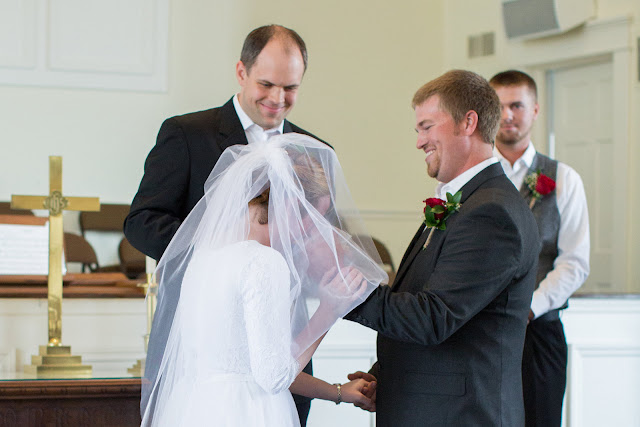 I loved our church that we got married in... [sigh] Look how pretty it is! 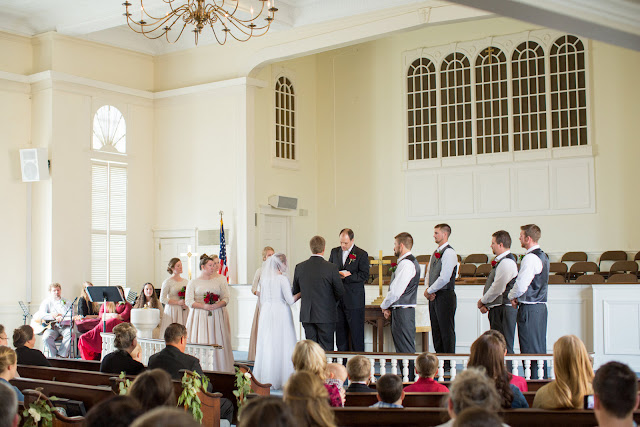 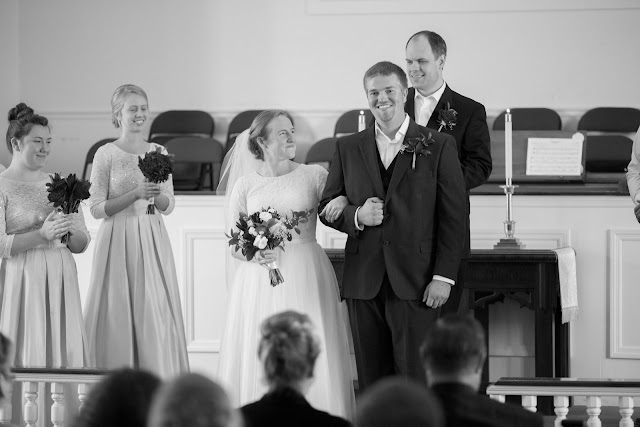 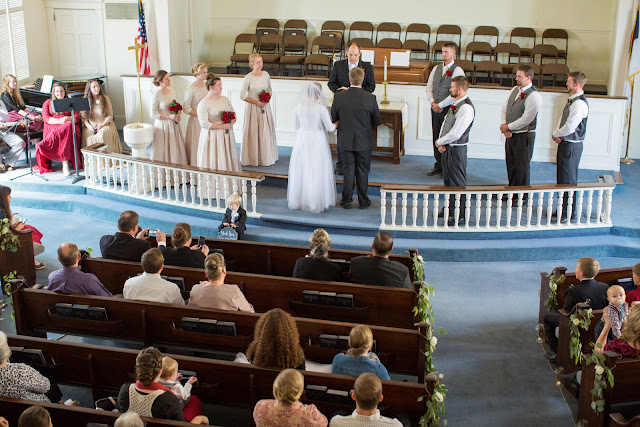 The kiss! And also Kevin carried me out of the ceremony! He picked me up while we were still on the little stage area, and so he had to step down while carrying me-- I was a little nervous! I thought he was going to pick me up when we went to the aisle! But it all worked out. 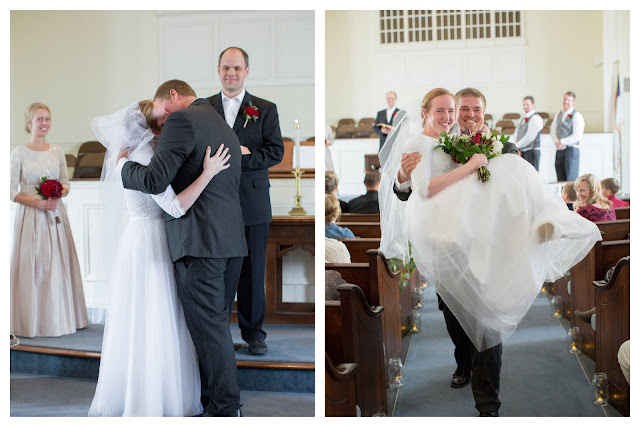 I think I have maybe one or two more Wedding Wednesday posts. I know the next one will be of the reception, and I'm not sure if I want to do a recap at the end. We'll see! Hope you enjoyed today's post!

Posted by Heather Doolittle at 12:00 AM

Lovely post. I love the dad and you photos.