Well, here's my second post of the day! I hate autoposting because then I can't link them to challenges I do until later... and then I forget!!
This first layout is for the Frosted Designs Sketch Along Tuesdays Challenge﻿. I was so excited when I saw that Ashley Horton had made the sketch for the challenge this week!
I know Ashley from ClubCK and her sketches are always amazing (along with her work!).

As for the layout itself, I used my Echo Park For the Record kit that I bought from Hobby Lobby. It is so pretty-- not really my style, but I like it anyway. Most of the embellishments I used were from the kit because I was trying to hurry and finish the layout. (that's the great part about using a kit, right?) So, it's not may favorite I have ever done (I think it coordinates too much), but I'm not going to change it now! 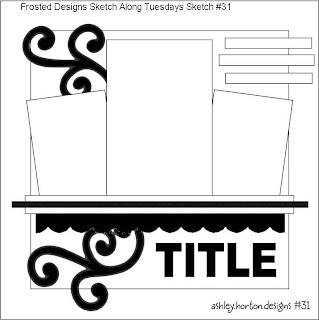 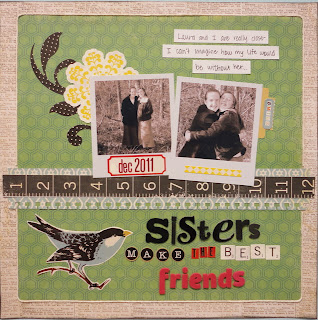 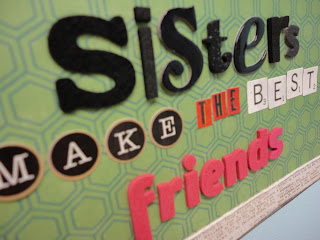 I loved the squares on this sketch, so I made a patchwork card! I have so many scraps, I should use this technique more often! I was going to glue the sentiment strips straight onto the card, but I thought that it needed to stand out a little more against the patterns. So, I cut a label with my new Spellbinders dies that I got for Christmas! Paired with some light pink baker's twine, I think it added a lot to the card. 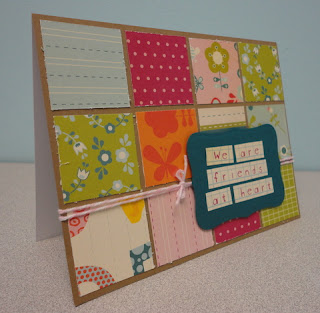 Your card and LO are both so awesome! I really like the sketch and your interpretation. Nice design. The title on your LO is so cute with all the different alphas.
Thanks for sharing! :)

Fabulous! Love it! Thanks for joining us for our latest sketch over at Frosted Designs.

LOVE, LOVE, LOVE it Heather!!! Great job with the sketch and I love how you made your photos look like Polaroids! And I love your title...I've used that for a page before for the girls! :) I love the EP papers on this one too!!

Fabulous layout! Love how you used the "For the Record" collection. Love that your photos are b&w and that you made them look like poloroids. Great job!

I love what you did with the EP papers and the FD sketch!! Love that big, bold flourish, looks awesome!! Thanks so much for playing along with Sketch Along Tuesdays @ Frosted Designs!!

Great job with the sketch!! Love the colors and the big flower and flourish!! Thanks for joining us over at Frosted Designs/Sketch Along Tuesday!! Hugs!!

The sepia photos for this sketch mix so well with your paper choices. Love the big birdie and your mixed title. Thanks so much for joining us over @ FD for Sketch Along Tuesdays!!