Hello! Hopefully I'm back to my 2x a week posting! I have a lot to share!

This Project Life spread was one of the projects I made on (inter)National Scrapbooking Day, which was a little over two weeks ago. I had a lot of fun that day- Kevin had to work (which worked out well), so I had alllllll day craft my little heart away! And I did just that! It was so much fun. I entered into some challenges, and while I won't enumerate all the challenges (I don't think that really makes a difference), I will still share my projects with you from that day! Yay!

I'm catching up on my 2016 Project Life album still. I'm kinda stringing it out because once I finish it, I won't have any more PL pages to make (since I'm doing a different system this year). I'm taking my time and enjoying the process. What's so great is when I go back through the photos while I'm creating the spreads, it's like a rush of memories come back and it makes me feel all warm and fuzzy inside. :)

So now saying that, I have to share one of the stories on this page. The photo of the roses/ the black and white photo of Kevin and me. He was taking me out to dinner at The Melting Pot (if you've never been there, it's definitely worth a visit. The first visit is the best because it's all new to you!). On the way to the restaurant, we passed the Whole Foods where we were going to be getting our flowers done for the wedding, and I made a passing comment on loving/ wanting some flowers. Kevin is definitely the person that if you mention something, he will make sure you don't get it. Not in a bad way though! He'll surprise you later.

So we arrived at the Melting Pot and as we were being seated, he asked the hostess if they had any roses. Usually you have to pre-order them and they bring them to your table. Awww! So he got me some roses! It was such a sweet surprise! He's super adorable like that. ;) 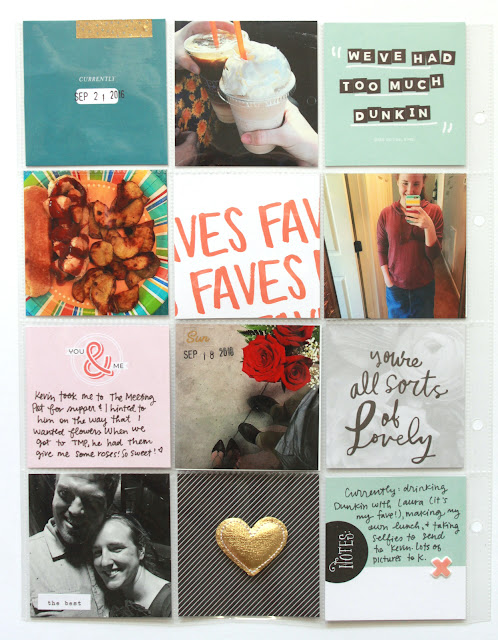 I don't know if you can tell in this photo, but it reads "'We've had too much Dunkin' said no one ever." The 'said no one ever' is in tiny letters under the quote lines. It's an older Studio Calico card I thought I'd use up. I think that saying is quite true. Love me some Dunkin. Although up here in Minnesota, there aren'y many! 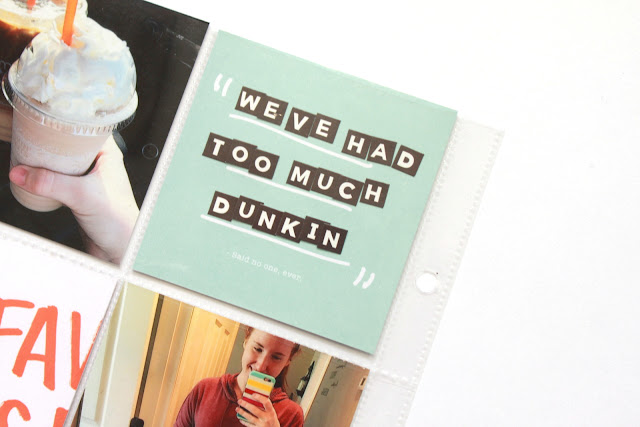 I tried to add some scrapbooking embellishments to this page. Trying to use up some of my stash. 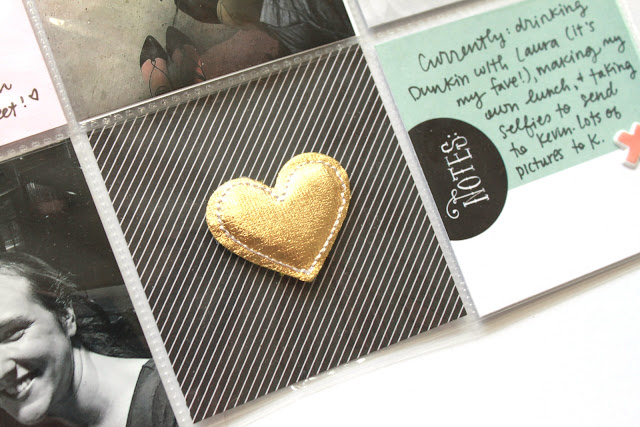 Posted by Heather Doolittle at 12:00 AM